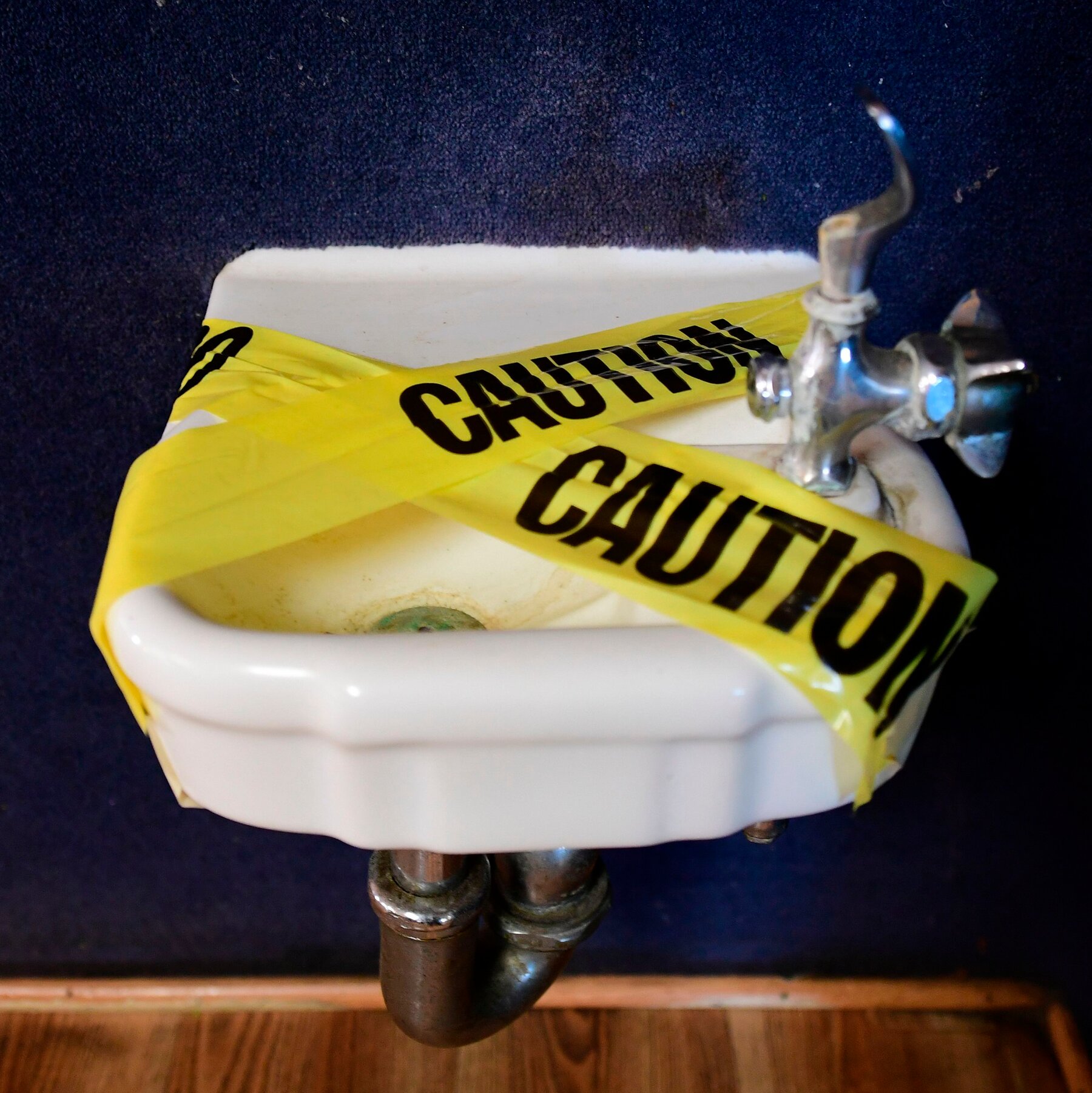 pH Water & Air Technologies were contacted in May 2020 by a large prestigious private school. During our first meeting it was clear that they had lost all faith in their incumbent water treatment specialist and required our technical expertise and support.

In fact no matter how many disinfections were carried out it always led to the same outcome with no signs of any improvement. The most frustrating part for the school was that their appointed specialist continued to recommend repeating the disinfection process; albeit sometimes increasing the dose rate or using an alternative product.

It was clear that our first objective was to manage the schools expectation. We needed to provide them with an understanding of legionella and for them to also understand that once formed it can be difficult to eradicate. In fact complete eradication would require working together to implement engineering and operational changes which may take time to achieve.

Legionella bacteria are widespread in natural water systems, eg rivers and ponds. However, the conditions are rarely right for people to catch the disease from these sources. Outbreaks of the illness occur from exposure to legionella growing in purpose-built systems where water is maintained at a temperature high enough to encourage growth, eg cooling towers, evaporative condensers, hot and cold water systems and spa pools used in all sorts of premises (work and domestic).

Legionellosis is a collective term for diseases caused by legionella bacteria including the most serious Legionnaires’ disease, as well as the similar but less serious conditions of Pontiac fever and Lochgoilhead fever. Legionnaires’ disease is a potentially fatal form of pneumonia and everyone is susceptible to infection. The risk increases with age but some people are at higher risk including:

The bacterium Legionella pneumophila and related bacteria are common in natural water sources such as rivers, lakes and reservoirs, but usually in low numbers. They may also be found in purpose-built water systems such as cooling towers, evaporative condensers, hot and cold water systems and spa pools.

The first action was to undertake a new Legionella Risk Assessment and this immediately identified a number of design and operating conditions which had led to an environment that legionella had thrived. 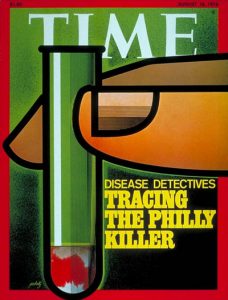 A review of monthly temperature records at first appeared to show no immediate concern and target temperatures were always achieved;  however after reviewing the findings in the risk assessment there seemed to be some contradictions. Further investigation ensued and huge temperature fluctuations during the day were identified. We then checked the design and specification on the existing PHE (Plate Heat Exchanger) and found that it was not sized correctly and capable of maintaining target temperatures during peak demand. Ironically this had never been identified  byt the previous water treatment specialist who had always taken temperatures during off peak times.

At this point it was clear that traditional temperature control would not be possible and that an alternative control strategy using Chlorine dioxide would help us to achieve control.

Chlorine dioxide is an oxidising biocide/disinfectant that when used correctly, has been shown to be effective at controlling both legionella and biofilm growth in hot and cold water systems. In the appropriate application, it may be used to aid legionella control where maintaining a conventional temperature regime is difficult or where the removal of all dead legs and little used outlets is impractical.

We recommended installing a PH-CD-1.5/15 CHLORINE DIOXIDE DOSING SYSTEM with Cloud connect function. The Cloud connect function was necessary to provide us and the site Facilities Manager with online access not only to monitor dosing levels but more importantly water usage during COVID lockdown i.e. we wanted a way of validating that the sites own maintenance team was adhering to flushing procedures. 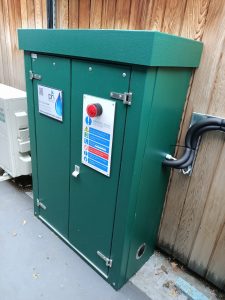 The new CL02 generator was installed in a fully weatherproof GRP enclosure on to the inlet to the tank supplying water to the combined hot and cold water system. The chlorine dioxide dosage is proportional to the water flow and our system incorporates safeguards to prevent inadvertent overdosing.

The entire water system was then modified, strainers and system components cleaned and disinfected. Dead legs along with other assets that increased the risk of legionella removed.

At first we used the generator to undertake an offline super-disinfection with elevated levels (20– 50 mg/l) of chlorine dioxide to penetrate and remove established biofilms. During the subsequent clean-up phase for a period of time we were also able to maintain a higher dosage rate than 0.5 mg/l (the limit for drinking water) as the outlets used for drinking purposes were off a separate supply.

Taking the complexity of the system into account a sampling plan was derived. We had to be sure that the system was legionella free before deciding on when to remove the Anti Legionella filters.

The first set of results showed a huge reduction in Legionella bacterium. The second set of results provided further encouragement as Legionella was found at only 7 of the 18 locations tested and at counts <1000 CFU/L. Subsequent analysis has now rendered the system under complete control.